From the beginning of the Covid-19 outbreak Canada Post has used the pandemic as an excuse for worsening delivery services. Early on, on March 23 2020, it suspended its delivery standards, thus removing service guarantees and absolving itself of any liability for late deliveries. At the height of the first wave of the pandemic delivery times for Xpresspost parcels shipped within the Greater Toronto Area jumped to 8-10 days for shipments that normally took 1-2 days before the pandemic. 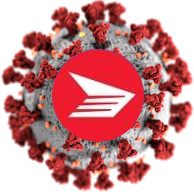 It wasn't just parcels that slowed to a crawl. Canada Post's lettermail also was badly affected, especially the Oversized Lettermail class. Many businesses rely on this class of mail to ship small items such as phone cables and garden seeds – anything that fits in a package no thicker than 2 cm. Although Canada Post never admitted it, it simply stopped delivering this mail and began stuffing trailers with packages where they sat for weeks, even months. Shippers faced an onslaught of customer complaints and refund demands as these untracked shipments simply disappeared and were presumed lost.

Canada Post blamed high parcel volumes and the effect of Covid protocols for slowdowns throughout its delivery network. It said that daily volumes jumped to "Christmas-levels" by mid-April 2020, reaching 1.8 million parcels on April 20, an unprecedented number for the spring season. By May 19 the daily number rose to 2.1 million parcels which was "roughly three times the norm for this time of year", according to a posted news release. But as big as these numbers were for the spring season it was not as if the network had never seen these numbers before. Just six months earlier, during the 2019 Christmas season, the network delivered 2.2 million parcels on December 9.

To its credit Canada Post added Sunday delivery of parcels by late spring 2020, just as it usually does during the busy Christmas season. But shippers did not see much improvement in delivery times, at least not until much later in the summer when the first wave of the pandemic eased and the risk of contracting Covid subsided. The service was limited to certain urban areas and only operated for four hours.

There is no doubt that a sudden unexpected onslaught of mail combined with a sudden imposition of physical distancing and other Covid protocols would lead to slowdowns. The question is, what did the company do to mitigate problems once the pandemic took hold? And could it have done better? As we have seen before ineffective management from the highest level down is endemic at Canada Post. Poor leadership likely prolonged and worsened delivery problems at Canada Post during this pandemic. 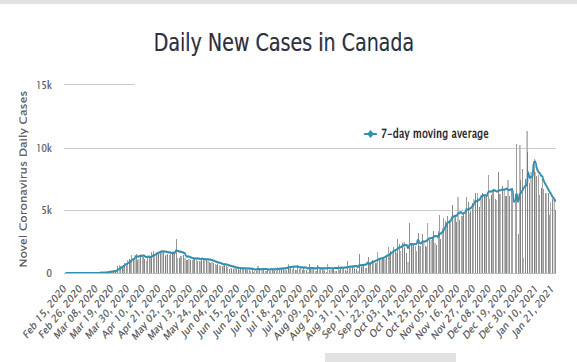 During the first wave Canada Post cited physical distancing and its adverse effect on operational efficiency. Canada Post maintained in its press releases and advisories to business customers that its sortation plants and distribution hubs were not designed for wide spacing of workers, Knowing that, what did management do to mitigate the challenges of Covid when it had the chance during the summertime lull in cases? For example, did management make any changes to alleviate choke points in the sortation plants where physical distancing affected workflows the most? Did it develop contingency plans in case Covid forced closures of key points in the network? Among its many mostly self-congratulatory news releases issued during the pandemic Canada Post announced no new measures to address the effects of physical distancing and the threats of shutdowns. Instead it announced service reductions and delays which it said were unavoidable because of Covid.

The Gateway Postal Facility in Mississauga near Toronto is Canada Post's largest processing plant, handling 70% of all mail and parcels in the country. Covid-related disruption at this plant represents the greatest risk to the delivery network across the country. If there is any point in the network where Canada Post needs top quality managers it is at this plant. They need to make sure that Covid does not disrupt flows or force the closure of the plant.

Despite this obvious operational risk, a major Covid outbreak hit Gateway at the start of 2021, with 273 cases reported in January, out of an estimated 4,500 workers employed at the plant. One worker died according to Canada Post. An entire shift of 350 employees was told to stay home and self-isolate for 14 days. This outbreak not only severely disrupts mail and parcel flows, Canada Post management is reported to have resumed the practice of shunting mail into trailers. If this report is true, this means that thousands of packages could again simply disappear from the network, unprocessed and undelivered for weeks.

If this wasn't enough, the Canada Border Services Agency (CBSA) pulled workers out of Gateway on January 22. About 100 CBSA employees work with Canada Post workers to inspect and release incoming international shipments. The CBSA pulled most staff out because Canada Post was not telling it the true extent of the outbreak. Canada Post told the CBSA that there were only 18-19 active cases at Gateway when media reports suggested the number was much higher.

Mark Weber, national vice-president of the Customs and Immigration Union, said in an interview on CP24 that different Canada Post managers were giving conflicting numbers in meetings. He characterized the situation at Gateway as "very concerning."

The chaos at Gateway highlights how badly Canada Post is handling the Covid crisis. Not only has Canada Post failed to plan for, and respond to, the second wave, it has lost the trust of a key partner, the CBSA. As we have seen over and over again at Canada Post, its leadership is woefully inadequate for the job.